Just published in Physical Review Letters, our latest work on a quantum spin glass with unusual dynamics. Spin glasses and many-body localization (MBL) are prime examples of ergodicity breaking, yet their physical origin is quite different: the former phase arises due to rugged classical energy landscape, while the latter is a quantum-interference effect. Here, we study quantum dynamics of an isolated 1D spin glass under application of a transverse field. At high energy densities, the system is ergodic, relaxing via a resonance avalanche mechanism, that is also responsible for the destruction of MBL in nonglassy systems with power-law interactions. At low energy densities, the interaction-induced fields obtain a power-law soft gap, making the resonance avalanche mechanism inefficient. This leads to the persistence of the spin-glass order, as demonstrated by resonance analysis and by numerical studies. A small fraction of resonant spins forms a thermalizing system with long-range entanglement, making this regime distinct from the conventional MBL. The model considered can be realized in systems of trapped ions, opening the door to investigating slow quantum dynamics induced by glassiness.

The readout of a microwave qubit state occurs using an amplification chain that enlarges the quantum state to a signal detectable with a classical measurement apparatus. However, at what point in this process is the quantum state really “measured”? To investigate whether the “measurement” takes place in the amplification chain, in which a parametric amplifier is often chosen as the first amplifier, we proposed to construct a microwave interferometer that has such an amplifier added to each of its arms. Feeding the interferometer with single photons, the interference visibility depends on the gain of the amplifiers and whether a measurement collapse has taken place during the amplification process.

My first paper with experimental groups is now published in Nature Physics. Our work is a detailed characterization of twisted bilayer graphene, with as highlight the direct observation of flat bands using nano-ARPES. I calculated the expected ARPES spectra, which can be seen in Fig 3 and 4 of the paper.

The full paper is here: Observation of flat bands in twisted bilayer graphene

Also, you can read more about it on the website of the DQMP in Geneva.

At the University of Geneva a group of enthusiastic graduate students have instigated a seminar series devoted to ‘relevant techniques in many-body physics’: the “ToolBoX“. I had the honor of providing the first set of lectures on density functional theory, for which I prepared some notes with exercises.. Download it here below!

For the lazy students, you can download all the pseudopotentials and input files here. 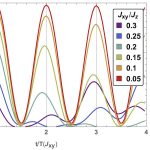 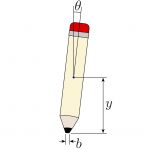 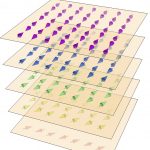 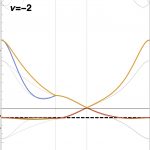 This work was presented first in a seminar at the University of Toronto on 18 October 2017. The slides of this presentation can be downloaded here (pptx, 13 MB).

Abstract: I studied the non-equilibrium response of an initial Néel state under time evolution with the Kitaev honeycomb model. This time evolution can be computed using a random sampling over all relevant flux configurations. With isotropic interactions the system quickly equilibrates into a steady state valence bond solid. Anisotropy induces an exponentially long prethermal regime whose dynamics are governed by an effective toric code. Signatures of topology are absent, however, due to the high energy density nature of the initial state.

I also presented this work in the form of a poster at the SPICE workshop ’Non-equilibrium Quantum Matter’, Mainz, Germany, from 30 May to 2 June 2017. The poster can be downloaded here (pdf, 1.3 MB).

Title: Quantum Thermalization and the Expansion of Atomic Clouds

Abstract: The ultimate consequence of quantum many-body physics is that even the air we breathe is governed by strictly unitary time evolution. The reason that we perceive it nonetheless as a completely classical high temperature gas is due to the incapacity of our measurement machines to keep track of the dense many-body entanglement of the gas molecules. The question thus arises whether there are instances where the quantum time evolution of a macroscopic system is qualitatively different from the equivalent classical system? Here we study this question through the expansion of noninteracting atomic clouds. While in many cases the full quantum dynamics is indeed indistinguishable from classical ballistic motion, we do find a notable exception. The subtle quantum correlations in a Bose gas approaching the condensation temperature appear to affect the expansion of the cloud, as if the system has turned into a diffusive collision-full classical system.

Abstract: The discovery of an enhanced superconducting transition temperature Tc in monolayers of FeSe grown on several oxide substrates has opened a new route to high-Tc superconductivity through interface engineering. One proposal for the origin of the observed enhancement is an electron-phonon (e-ph) interaction across the interface that peaked at small momentum transfers. In this paper, we examine the implications of such a coupling on the phononic properties of the system. We show that a strong forward scattering leads to a sizable broadening of phonon lineshape, which may result in charge instabilities at long-wavelengths. However, we further find that the inclusion of Coulombic screening significantly reduces the phonon broadening. Our results show that one might not expect anomalously broad phonon linewidths in the FeSe interface systems, despite the fact that the e-ph interaction has a strong peak in the forward scattering (small q) direction.